Jonathan Shapiro has appeared in trial and appellate courts throughout the United States for more than fifty years. He has handled hundreds of jury cases and appeals – both civil and criminal – in the courts of Massachusetts, New York, and many other states. Among his more famous victories was the decision of the United States Supreme Court reversing the conviction of world boxing champion Muhammad Ali in Clay v. United States, 403 U.S. 698 (1971).

Mr. Shapiro is a member of the Massachusetts and New York bars, and the bars of the United States Supreme Court, the United States Courts of Appeals for the First, Second, Fourth, Fifth, Sixth, Seventh and Eleventh Circuits, as well as numerous United States District Courts. In the Supreme Court he argued and won Ham v. South Carolina, 409 U.S. 526 (1973), and Ponte v. Real, 471 U.S. 491 (1985), which established important principles of criminal procedure, civil rights and administrative process.

In the 1960’s, Mr. Shapiro was one of a small group of lawyers who spearheaded enforcement of the newly enacted civil rights laws in Jackson, Mississippi at the Lawyers’ Committee for Civil Rights Under Law. Then, as a lawyer for the NAACP Legal Defense Fund, he handled civil rights litigation in state and federal courts throughout the country until moving to Boston in 1973.

Mr. Shapiro has a reputation as a skilled courtroom advocate in criminal and civil cases. His practice includes civil rights, medical malpractice, product liability, personal injury,and false claims act/whistleblower litigation. In 2000, he was honored by the Massachusetts chapter of the National Lawyers Guild for his outstanding achievements, in 2007, he was honored by Massachusetts Correctional Legal Services, in 2009, he was awarded the Edward J. Duggan Award for Outstanding Dedication and Performance by the Committee for Public Counsel Services, in 2010, he was named a Lawyer of the Year by Massachusetts Lawyers Weekly, and in 2015, the Massachusetts Association of Criminal Defense Lawyers presented him with the Joseph J. Balliro Award in recognition of his exceptional dedication and commitment to the pursuit of justice. He has been listed in “The Best Lawyers in America” for over twenty years, and he is a Fellow of the American College of Trial Attorneys.

Mr. Shapiro has taught at Harvard and Northeastern Law Schools. He graduated with honors from both Columbia College, in 1961, and Harvard Law School, in 1964. 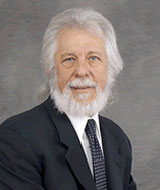